Situated in the North-East region of Vietnam, Halong Bay is a bay in the Gulf of Tonkin comprised of regions of Halong City, the township of Cam Pha, and a part of the island district of Van Don. Halong Bay borders Cat Ba Island in the southwest, the East Sea in the east, and the mainland, creating a 120 km coastline Halong Bay is made up of 1,969 islands of various sizes, 989 of which have been given names.

Viewed from above, Halong Bay resembles a geographic work of art. While exploring the bay, you feel lost in a legendary world of stone islands. There is Man’s Head Island, which resembles a man standing and looking towards the mainland. Dragon Island looks like a dragon hovering above the turquoise water. La Vong Island resembles an old man fishing. There are also the islands of the Sail, the Pair of Roosters, and the Incense Burner, which all astonishingly resemble their namesakes. The forms of the islands change depending on the angle of the light and from where the islands are viewed. 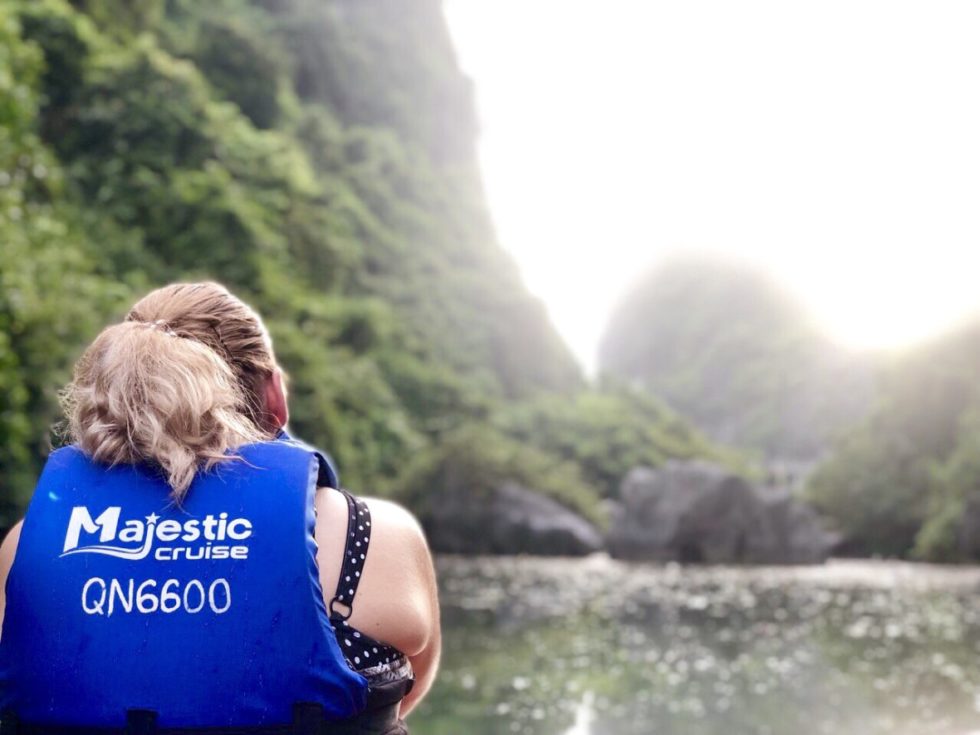 Ba Mun Island is one of few large islands within the Bai Tu Long National Park (the park have over 40 islands with different sizes), in the Quang Ninh province,... 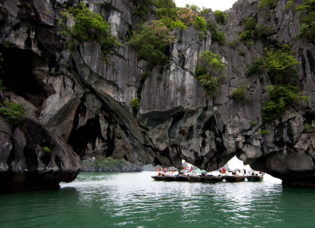 As simple as his name – Luon Grotto is simply a stream of underground water flowing in the mountains. Nature – the land has created many wonders and perhaps you...

Cho Da Islet has been regarded as a peaceful symbol of tourists’ voyages for millions of years. It is one of the beautiful images and profound significance in Halong Bay;... 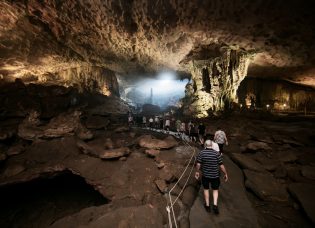 Sung sot Cave located at the center of World Heritage-Halong Bay, insides Bo Hon island. This is one of the most beautiful cave of Halong and also converges... 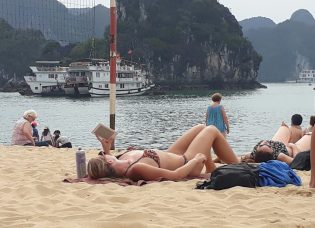 Located at center of World Herritage- HalongBay, about 7-8km southeast from travelling harbor BaiChay. Titop island is considered as one of the most attractive destination that many tourist choose in...

Bai Chay is a beach resort in Vietnam. The town of Bai Chay, along with Hong Gai, together are officially referred to as Hạ Long City, though few locals use...

Cai Bau pagoda (Giac Lam zen monastery) built on the base of Phuc Linh Tu pagoda 700 years ago, has now become an attractive destination for spiritual tourism in central...

Ngoc Vung Island is a romantic place which possesses primitively beautiful landscapes with freshest and most delicious seafood of the bay at the lowest price. This island looks like a...

Quan Lan Island is known as one of the most beautiful beaches in Vietnam. It is famous for the pristine scenery, and fresh atmosphere. The island not only features full...

Cat ba is the biggest island out of the 366 islands on Lan Ha Bay. It is a tourist spot, attractive for its natural beauty and wonders endowed by nature....

Mandatory fields are marked as "*", but by providing more information it will allow us to better address your needs.